Lost In Space was commissioned by FROST DESIGN (Sydney) to create several real-time audio responsive mood films to play on a 20meter wide LED Data Wall. The films are intended to establish a mood as people assemble for events in the Great Hall at The University of Technology, Sydney. The Films needed to work well in the radical interior of polygonalized perforated aluminum created by architects DRAW. 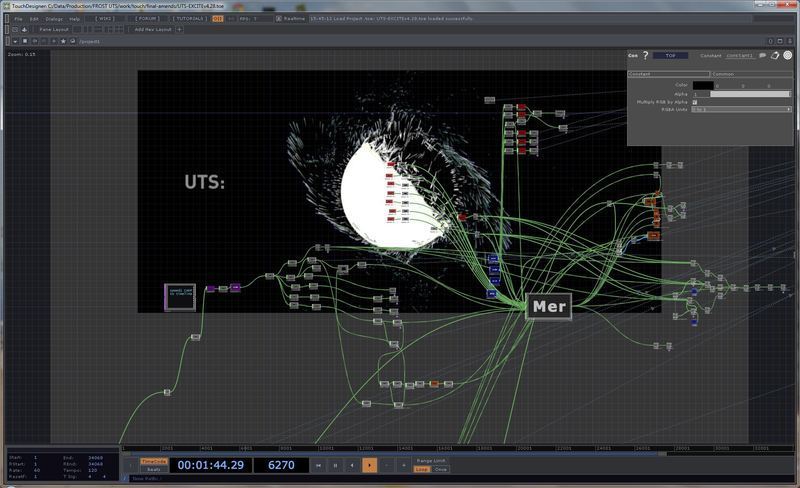