We were very excited to be invited by MASSIVE software to refresh the interface design for version 6 of the software recently.

The brief was to retain the existing users familiar icons and layouts but to refresh the look and make it contemporary, easy to use for long periods and simpler to understand.
Losts approach was to refine the icons down to simpler easily recognizable versions while retianing similarities that allowed existing users immediatley to recognize them while allowing new users a visually simpler and clearer set of icons to learn. The colour schemes were reorganized to a carefully thought out colour pallette that grouped like operations and icons again making the interface easier to view for longer periods and more logical to use. 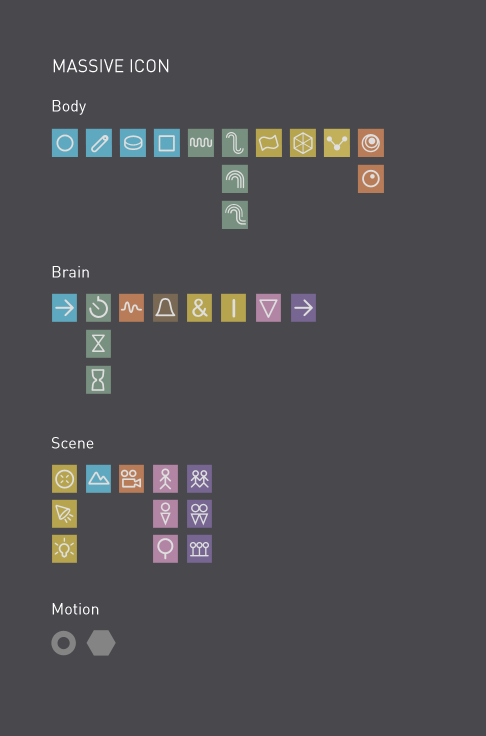 the concepts and gui guides. 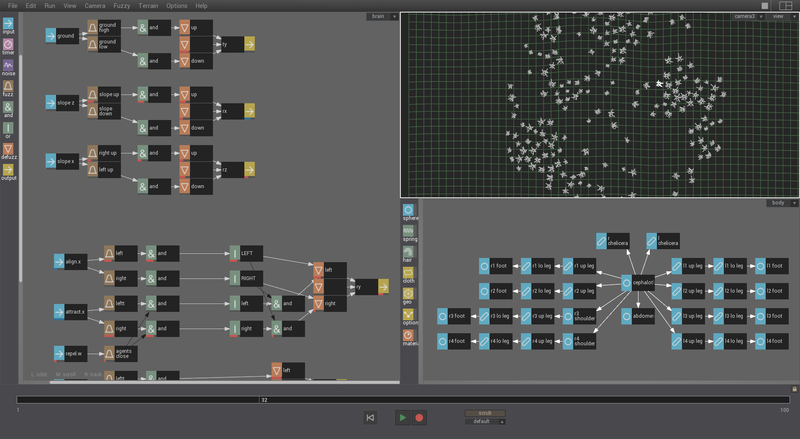